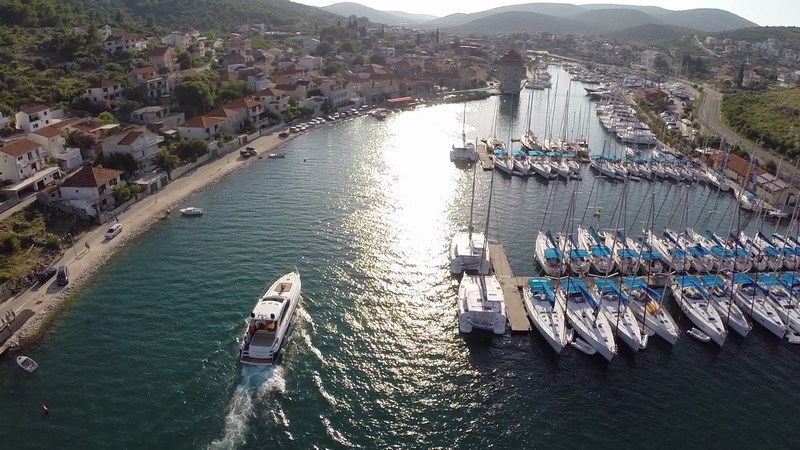 It’s a few months now since the Covid 19 virus pandemic ‘ended’, was forgotten, or replaced by the war in Ukraine, so maybe it’s time to draw breath and think about how relatively recent events have affected our lives, behaviour and plans, especially related to our orientation towards the sea and the development of nautical-related businesses.

After the first major lockdowns against the spread of the pandemic – contrary to any expected reduction in consumption other than simple survival – we recorded a significant increase in the sale of pleasure boats, new and used. Reports of a ‘doubling’ of orders came from almost all markets: USA, UK, Spain, Malta, Croatia, Italy. Despite measures taken to suppress the pandemic and maintain stable production, the shipyards barely responded to the increased demands from their dealers.

So the question arises, why do people buy yachts in times of crisis? In particular, there was an increase in orders for boats of 15-20 metres in length. Perhaps the best analysis of this behaviour comes from one of the biggest dealers in Malta, known for his very friendly relationship with his customers. The closure affected people, especially senior management, forcing them to work from home, thereby spending more time with their families. Instead of working away for 10 – 12 hours per day, managers, doctors and business people discovered the possibility to slow their pace and realize that it is possible to be successful with a little less dedication to work. They simply turned to their families, and liked it! They soon discovered an active and quality way of life that could be shared with family, away from large groups of people, on their own yacht.

Increased boat sales logically influences the demand for new moorings in marinas, as well as all other services related to marine businesses.

Along almost the entire Mediterranean, the construction and reconstruction of new and existing marina projects are being started and completed. Even the ‘big players’ recognize the opportunity for investment, so we are witnessing an attempt to consolidate marina capacity by major investment funds and groups. The largest chain of marinas in the Mediterranean, ACI Club with headquarters in Croatia, together with new partner Lurssen Group, has taken over the concession for the construction of the new Porto Baroš luxury marina in Rijeka, a project that has been solemnly mooted for almost 15 years. ACI announces further expansion, both by increasing capacity and expanding services with two new members appointed to the board of directors along with investment in the development of hotels and accommodation. There is also the possibility of restarting the project of building a network of seaplane ports and transporting guests by seaplanes.

The Marina 21 group, with its initial three marinas in Croatia, has announced further expansion and acquisitions in the Mediterranean. The company’s vision is to expand its offer to users, especially offering high-quality yacht maintenance and refit.

Lürssen Group has become one of the most important investors in Croatia in a very short time. In 2020, a new yacht and patrol boat design and engineering office was founded in Rijeka, thereafter taking over the hotel company Liburnia, and building the marina in Rijeka in partnership with ACI. They continue to announce new expansions and new acquisitions in the nautical and shipbuilding sector.

After the takeover by CVC Capital Partners, D-marin does not disguise that it wants to become the largest and most important chain of marinas in the Mediterranean. D-Marin already owns or manages three marinas each in Greece, Turkey and Croatia, Portonovi in Montenegro, and marinas under management in the Emirates. Immediately after the takeover by CVC, they took over Tribunj marina in Croatia, and recently Punta Faro in Italy. New takeovers are planned, but also the construction of completely new marinas in Croatia, Greece and Spain.

In addition to the already mentioned and already established boating markets, the construction of new marinas and the significant expansion of existing capacity is being announced throughout the Mediterranean. Malta is in the process of awarding concessions for two new marinas. In Cyprus, new mega marinas are under construction in Larnaca and Famagusta. In Egypt the development of several marinas on the Mediterranean and the Red Sea are in the initial stages, and the construction of the first mega marina in Algeria is entering its final phase.

For years, Albania has been announcing a shift towards nautical tourism. The construction of modern marinas in Vlora and Saranda should start soon, and the mega marina project in Durrës includes the modification and development of almost the entire city waterfront. Israel has plans for marinas in Ashkelon and Tel Aviv, it is matter of time if and when they will become real.

There is every chance that in a few years the Eastern Mediterranean will soon reach the level of the developed Western European countries, but what does this mean for the average or new-found sailor?

An increase in capacity could mean greater competition and a possible reduction in prices but especially in the example of Croatia, we see that this is not exactly the case. All investors are promising significant increases in the quality and expansion of their service offering, as their business models count on significant increases in price to match the mooring rentals in top marinas in the western Med, but also to financially justify new investments. We are witnessing constant, and perhaps unrealistic, increases in the prices for standard services in Croatia and in Greece, where until recently local port authorities charged extremely small fees for yacht visitors in smaller towns, the government is (slowly) opening space for the construction of new, commercial capacities for yacht berths.

Regardless of the virus that is still quietly causing problems in tourism, the war events in Ukraine, and the crisis caused by the increase in the price of energy and disruptions in the supply chain, we are certainly expecting a significant growth in all activities related to the leisure marine sector and probably a realignment of relations in the entire Mediterranean Sea.