New Zealand is considered one of the safest countries in the world and it certainly appears the current NZ government wants to keep it that way. Whilst safe has taken on a new meaning since the Covid 19 pandemic, New Zealand is determined to protect their world renown clean green image. In their battle to maintain a relatively covid free country the New Zealand government is keeping its borders closed until May 2022.

New Zealand has been one of the few countries with minimal covid cases and currently 90% of the population over 12 years is double vaccinated. The government’s plan which some would say is overly cautious is to open borders to vaccinated foreigners in stages from 30th April 2022. 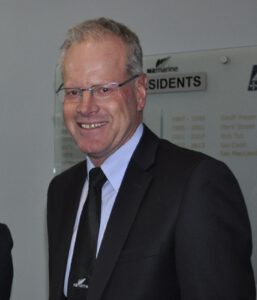 NZ Marine, Executive Director, Peter Busfield, is working with government requesting that when NZ borders start to open from 30th April, superyacht owners, family and their entourage including crew for rotation, are part of the first role out of this staggered opening. Be it the visitors arrive on their yacht or via the air border.

Garry Lock, President NZ Marine Industry Association stated, ‘‘We are excited about the gradual reopening of iconic South Pacific Cruising destinations such as Tahiti, Fiji, New Zealand and Australia. One of the initiatives that these and other South Pacific countries are jointly focused on is letting the cruising and superyacht market in the Northern Hemisphere know that the South Pacific cruising season commencing in May 2022 is achievable. It’s time to prime the pump to get South Pacific voyaging back on the agenda!’

Peter Busfield, Marine NZ advised,” In regards to new builds it has been business as usual -in fact an increase in demand particularly for superyachts in the 24 to 30 m length. It is fair to say however there has been a decline of refit work due to less visiting boats due to restrictions on owners/crew rotation etc between countries.”

Peter reported a significant investment by the NZ industry in infrastructure to service visiting boats and NZ will be extremely well positioned when borders are fully opened. “Over the past two years we have seen major developments completed in the Far North at Bay of Islands Marina, in Whangarei with additional superyacht berths and new 540 ton travel lift about to be installed, in Auckland with Orams new 840 ton travel lift and large vessel haul out yard and a new superyacht dedicated paint shed at the large vessel haul out facility at Vessel Works Tauranga.

The local demand for recreational boats has like in many parts of the world been exceptionally high as people are spending money that otherwise would have been spent on overseas travel. The very low interest rates have also assisted many first-time boat buyers into the market and like most countries NZ boat builders order books are full. This period in New Zealand has also been a bonus for imported boats with boatbuilders like Riviera having record sales.

With the very real need for qualified trades people NZ marine like their Australian counterparts launched NZ Marine Jobs.  Peter said, “To assist the industry retain connection with skilled people we recently launched NZ Marine Jobs,  www.nzmarinejobs.com and we are very pleased with the initial response and utilisation of this service. It is definitely seen as a benefit for the industry”

Peter also pointed out the importance of NZ Marine’s relationships with government. “We continue to work closely with various government departments and in the main they appreciate the value of the marine industry to NZ. With one in 3 people going boating at least once a year boating is the number one recreational participation activity in NZ and it is important that we as the industry body keep ensuring the government is aware of this.”

To assist with the growth in boat building activity in NZ, the globally respected NZ Boat building and related trades apprenticeship system is running at an all-time high with 260 companies employing 650 apprentices through the scheme. New Zealand has always had one of the world’s leading apprenticeship systems and NZ trained trades people are always in high demand. The marine training programmes are delivered through the NZ Marine Industry Association’s 100% owned Marine and Specialised Technologies training academy (MAST). 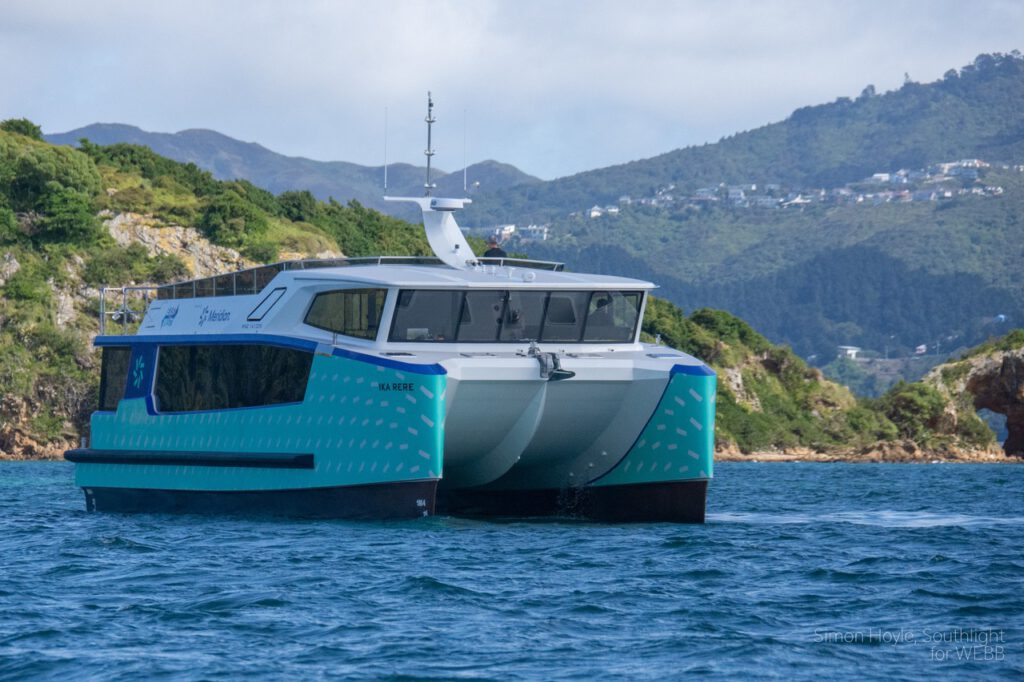 The ocean has been a natural playground for generations of New Zealanders. With over a third of the population participating in boating each year, coupled with an undeniable love for the sea, New Zealanders are true marine enthusiasts. It’s a mindset that has contributed to New Zealand’s long legacy of innovation in the industry. New Zealanders were first in the world to pioneer the development of water jet propulsion, and they were the first to develop the technology to transform all-terrain vehicles into oceangoing speed boats, among many other innovations.

New Zealanders never settle for less, and their marine products and services are no exception. Their willingness to take innovation to the next level – encompassing everything from boat building and sail making to electronics and equipment hardware – has earned NZ global recognition.

Whilst there are many examples of innovation coming out of NZ, Peter advised, “An exciting part of our current innovation in NZ is the development of electric powered vessels. Several companies are leading this and an example is a new fully electric, carbon fibre ferry, currently being commissioned for use in NZs capital city Wellington.

New Zealand’s “Festival on Water” will kick off in March. Running from 17-20 March 2022, the Auckland Boat Show will transform the central city’s Jellicoe Harbour into a festival on the water that celebrates New Zealand’s marine heritage, boating innovation and some of the largest and most-luxurious new releases in the marine industry released in the year prior. 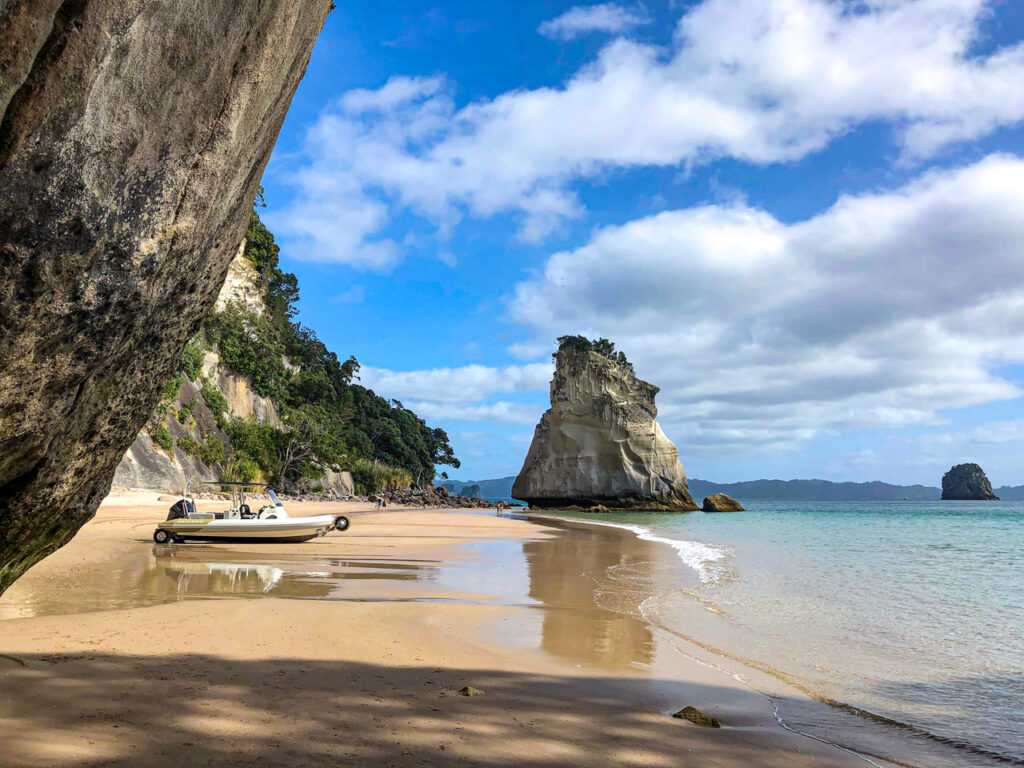 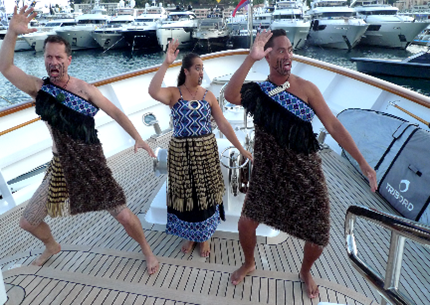 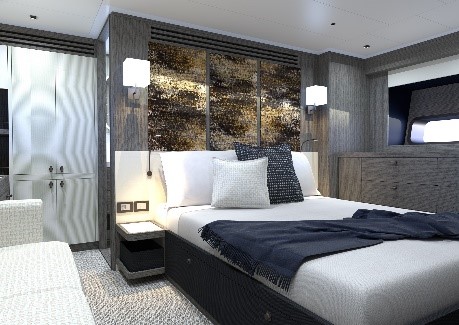 The Auckland Boat Show has become a hub of innovation and new release products. In the 2022 show, local company. Sealegs will have its world-leading amphibious vessels on display, and available for sea trials, including a new 3.8 metre tender, a 7.5 metre Hydrasol RIB and tough 8.5 metre Alloy cabin model. 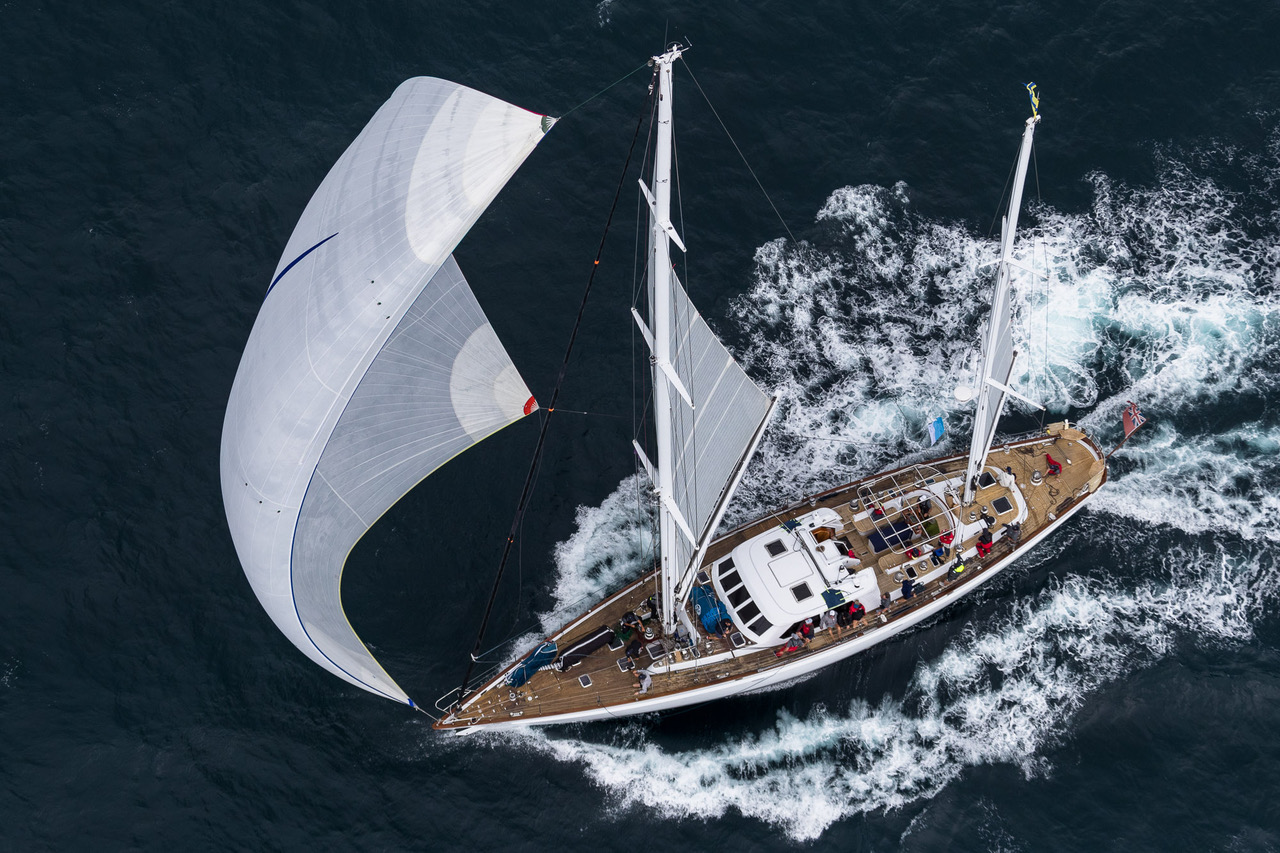 Fellow Kiwi company Extreme Boats will be launching its new Legacy Marine range of high-end sport fishing yachts at the show. The aluminium yachts built in New Zealand will range in size from 35 to 70 feet.

After a hiatus in 2022, the New Zealand Millennium Cup will return to one of the great natural playgrounds of the world; Northland’s Bay of Islands for the world’s most-southerly superyacht regatta running on 13-16 February 2023.

“Having been involved with most other superyacht regattas globally, I can honestly say that the NZ Millennium Cup was the most enjoyable event I’ve ever done. The organisation of the racing and evening events was second to none. We thoroughly look forward to taking part again,” said captain Tim Michalick, of competitor S/Y Sassafras.

For the first time, the Cup will be joined by the Superyacht Fishing Competition, showcasing another example of the adventure to be found on New Zealand shores. The competition is open to yachts over 24 metres with entry for up to five anglers per yacht. Dubbed the angler’s El Dorado by Western novelist Zane Grey in the 1920s, the Bay of Islands has a reputation for producing record-breaking striped marlin, blue marlin, black marlin, broadbill swordfish, yellowfin tuna and kingfish, as well as tropical mahimahi for those ready to battle for them at the peak of summer.

With so much happening within the marine sector down under, New Zealand will continue to be a much-desired destination for those wishing to do business in or visit this part of the world.