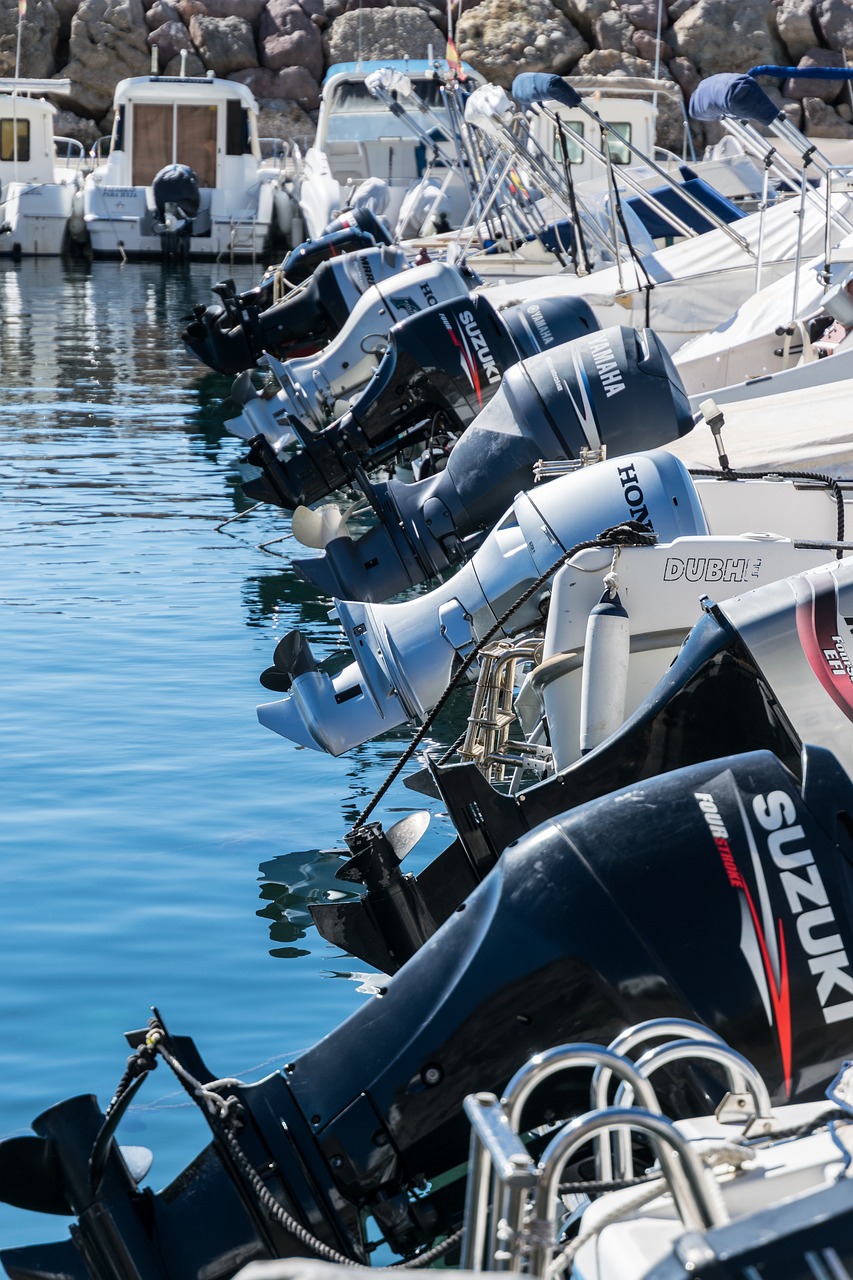 Our world is facing two existential crises at present. The first immediate concern is to prevent further global warming and to do that we have to cut down on ‘greenhouse’ gases – fast. That means reducing the liberation of stored carbon in the form of carbon dioxide from fossil fuels and the even greater threat from other hydrocarbons such as methane and the chlorofluorocarbons.

The rush to electrification is therefore welcome but only if that electricity is produced with zero emissions. Batteries and their associated electronics use a lot of rare metals and energy to produce so unless it can be proved that that energy has been produced emission free over a sufficient period to provide a payback, the move to electrification is pointless.

Of course there are other emission free energy sources such as hydrogen which in many ways makes a lot more sense than electrification. Many would argue that in the time available to save the planet from catastrophic warming we don’t have time to install enough charging points and create enough infrastructure as well as build and sell the vehicles. We have been building internal combustion engines for 150 years and their use is ubiquitous. Taking everything into consideration, it would be a lot more cost effective if we could convert them to run on hydrogen even although it requires electricity to produce. A hydrogen infrastructure would also promote and sustain the use of fuel cells.

Of course when thinking about emissions we tend only to think about what comes out of the exhaust pipe of an engine and thankfully we see much less now of people starting up their boat engines with clouds of black smoke. However if you are a boat manufacturer or refit yard, what about the volatile organic compounds (VOCs) being released from moulding, glueing and painting in the workshop? Are we fitting air filtration systems to our factories? Most of these compounds are ‘super-insulators’ and score double points against CO2 in terms of global warming!

A production process can only be said to be sustainable when it is economically sound, emission free (with or without treatment) and has no negative environmental impact on the surrounding area and population.

It is often said that we come into this world with nothing and that we should go out with nothing. By that we should not leave behind something that will negatively impact the planet. So, if by chance we should be regarded, by current thinking, as successful and amass enough wealth to buy and run a boat, in theory it should not create greenhouse gases in its manufacture or in its running and all parts should be capable of being reused and returned to their natural state. Only that way can the world be sustained. It would be interesting for our industry to reflect on the products they produce, maintain, store or park as to how close they currently come to that theoretical norm. Not very close I would suggest.

Sustainability therefore is an all-encompassing state of mind. If we are producers, then how is our factory powered, heated and operated? Are we minimising VOC emissions? What powers our forklift trucks and any other equipment? Banning plastic drinking straws and charging for plastic bags may all be very admirable but cleaning up our industrial infrastructure would be a major advance and one we often overlook.

As an example, Baltic Yachts in Finland has been working for some time on reducing its environmental impact. As a low volume builder of high quality large sailing yachts in a very cold country, it might be thought that controlling waste and emissions from heating might be difficult but it is forging its way to a zero emission future.

All the electricity used in the production facilities is locally produced, sourced from nearby windfarms or hydropower, fossil fuels for heating the production facilities have been replaced by organic, pellet-fuelled furnaces as well as reducing energy consumption throughout the operation to reduce the environmental impact even further. Since 2017, they have been tracking production-related waste, reducing unsorted waste to zero, and waste produced per labour hour by more than 10%.

They have even started a project to improve the impact of their labour force travelling to work with an environmentally-geared ‘mileage race’ – where all commutes to and from work by bicycle are logged. This is then converted to CO2 equivalents saved. To help promote this initiative, there is a friendly competition with other companies in the region. In addition to being good for the environment, it helps the staff stay physically fit!

And then to the product. Can, or should we still be producing boats and equipment that can’t be recycled? Is old-fashioned GRP still acceptable or should we now only be using bio-resins with natural fibre reinforcement? Just think of all those hulks in the back of boatyards and on foreshores that will not break down like the wooden hulls of old. They will be a blight for a long time to come.

Take Baltic Yachts again. Most production tooling is made from organic and recyclable materials as is the move to organic build materials such as flax and bio resins. Producing sailing yachts also brings the possibility of building zero emission boats with electric drives and solar and hydro-regeneration.

As we’ve discussed earlier it’s great to see technology being advanced through the use of electric power but is it so ‘green’ when that motor and its batteries are little used – as on inland waters or as auxiliary power, yet the boat is made of non-recyclable elements and the energy expended, VOCs released and rare metals shipped from around the world greatly overwhelm any idea of eco-friendliness.

It is for that reason it is often said in the automotive trade that the most environmentally friendly car is the one you currently drive! Perhaps the same could be said for boats and with companies like Setag Yachts, you can have your boat refurbished and restyled without having to build a new hull, superstructure and the basic engineering – a considerable saving in money and resources.

Reducing the environmental impact also starts with design. Because marina fees have traditionally been based on overall length, boats have become ever wider with chines for more buoyancy outboard and fuller bows for larger fore-cabins. These boats then require more power to make them go faster. If parking your boat was based on displacement or a formula based on length times beam we might see the development of boats like Clara Belle, a Nigel Irens design, built in ‘renewable’ cedar strip construction – long and thin, easily driven and now recently converted to having an electric pod drive built into the rudder.

Have motor boaters ever considered that it might be nice to travel at 12 knots again? To my mind it is generally the most comfortable speed and one where it is still possible to hold a conversation and not be overwhelmed by the noise of the engine. With the right hull design, as in Nigel’s LDL (Low Displacement/Length ratio) series, it is also a speed easily attainable in displacement mode. This means that no extra energy has been used to drive the hull over the ‘hump’ and on to the plane – the power curve required is linear so the amount of fuel used is directly related to speed, rather than pushing a wall of water as does a planing hull at low speed. These designs again lend themselves to low energy density / high torque propulsion systems such as electric.

Nigel’s latest project is an 8m ‘LDL’ plywood launch suitable for electric propulsion but rather than construct it locally, he is supplying a total list of the requisite hardware plus a CNC programme to cut out all of the 800 parts so that plywood and labour can be sourced close to wherever the boat is being built in the world for a much lighter environmental footprint.

I have spent 40 years in the leisure boating industry and enjoyed all of it. Some of the best times have been spent simply cruising with family and friends and I still enjoy getting together to race a sailboat with the ‘boys’ but we must always remember, the products we produce are not essential. No-one needs a leisure boat. Life will go on without them however much our life experience would be the poorer so from that base it is imperative that we clean up our act. We can’t leave a message for future generations that we are sorry that we left the world in such a mess but that was the only way open to us as people needed boats for their own gratification.

So let’s start thinking ‘cradle to grave’. We have no excuse. Bolting on some solar panels, banning the odd hazardous substance and installing an electric motor are all very admirable but done in isolation is simply ‘greenwash’. Banning plastic water bottles and installing ‘drinking points’ at exhibitions should be a matter of course, not used as an example of eco credentials

We must start now. The good news is that a lot of work has already been done to produce checklists and advice in how to achieve these sustainable aims. Walk into your business tomorrow and start looking around you and the building and then your product or service. Will you be able to leave a note for your great grandchildren to say you no longer contributed to the planet’s degradation?

Disclaimer: Global Marine Business Advisors and its associated website www.gmba.blue are not registered legal entities. GMBA is a network of independent marine industry advisors. In all articles the opinions expressed are those of the author and does not necessarily reflect those of GMBA.